The San Diego Regional Chamber is committed to making San Diego the most business-friendly region in California and a place where businesses can grow and thrive while creating jobs. We are constantly working to advance pro-business policies and block anti-jobs bills at the Legislature while leading initiatives whose outcomes may have a widespread impact on employers.

But, we can’t do this alone. We need the support of our members, partners, and community to ensure that the unified voice of San Diego business is heard at every level. California has a unique and uncommon opportunity to create real broadband infrastructure by leveraging public private partnerships (P3’s) to addres broadband coverage gaps. The study published here outlines that existing networks across the state have the capacity to ensure access for vulnerable families and businesses without creating massive bureaucratic processes and extended timelines. 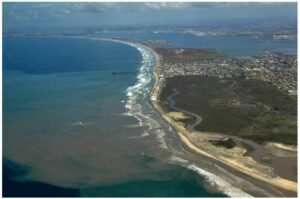 The Time To Act on Tijuana River Valley Pollution is Now
For over 30 years, the Tijuana River watershed has experienced an increased discharge of trash, sediment, chemicals, and wastewater, causing numerous health and environmental issues and over 500 beach closures and advisories in the U.S. since 2015. This affects daily life for those living and working along our southern coastline and throughout the area, as well as negatively impacting tourism and travel in the region. UPDATE: With the approval of USMCA, significant funds are being allocated to address transboundary pollution. The Chamber continues to work with leaders in Mexico to secure funding for the necessary infrastructure updates and projects needed to bring a solution to this issue. Support Pure Water & San Diego’s Water Supply
The Chamber supports Pure Water and their program to bring more local control over our water supply. San Diego relies on importing 85 percent of its water supply and the cost of this imported water has tripled in the last 15 years and continues to rise. iMarch for Immigration
The Chamber supports comprehensive immigration reform that promotes an efficient border and provides the business community access to the workforce that is critical to its success. The immigrant population represents nearly one-third of the labor force in San Diego and contributes to about 25 percent of the region’s GDP. The dissolution of DACA will shrink our labor force and potentially deport over 40,000 San Diegans, who were brought to the U.S. as children, to places they barely know. Read our commentary piece in the San Diego Union-Tribune. 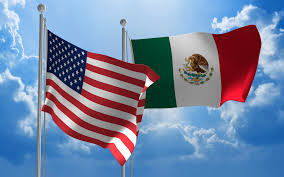 U.S. Government Asks for NAFTA Comments
Following the formal announcement that the presidential administration intends to renegotiate the North American Free Trade Agreement, commonly known as NAFTA, the Chamber activated a campaign in support of NAFTA through our social advocacy and civic engagement software system “Phone 2 Action”. At the close of the comment period on Monday, over 275 emails had been sent to the U.S. Trade Representative, Senators, and Congressmembers. 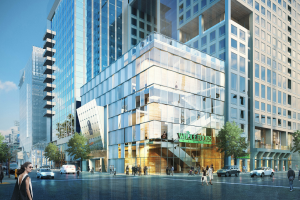 Cisterra 7th & Market Development Project
A project for a hotel, affordable housing, a much-needed grocery, and a variety of shops downtown went before the San Diego City Council. The San Diego Regional Chamber supported this project for the contributions it would make to the local economy: the investment in affordable housing and the dollars generated by the planned Ritz Carlton Hotel, the Whole Foods market, and several other shops.

UPDATE: On October 18, the City Council voted unanimously to approve the project. Read the full story on the Union-Tribune here. Housing & Urban Development Homelessness Funding Campaign
The federal government took comments from concerned citizens regarding the funding allocation process to local governments for homelessness. Because of an outdated allocation algorithm, several jurisdictions that struggle with a substantial homelessness issue – including San Diego – do not receive adequate financial support, while other areas are receiving substantially more regardless of need.

UPDATE: Chamber delegates met with the Deputy Secretary of the Department of Housing & Urban Development (HUD). This meeting gave us the opportunity to push the department to adopt changes before this administration’s end. Read the full recap here.